The March Bad Girls kits are raring to go, and ooh, they are loverly. I offer proof of this in the form of the stunning DT gallery, which you must check out NOW if you've haven't already. Here are my contributions: 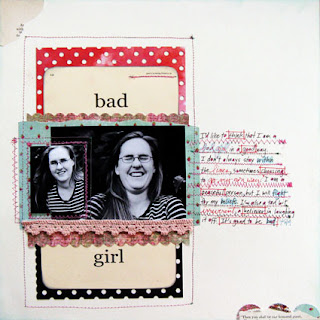 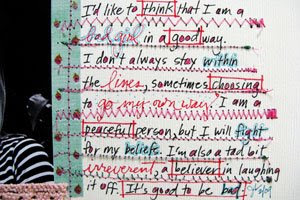 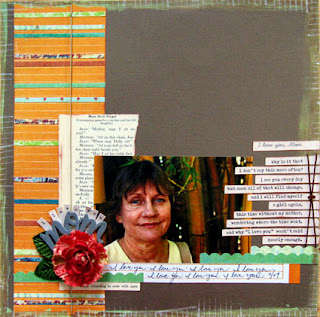 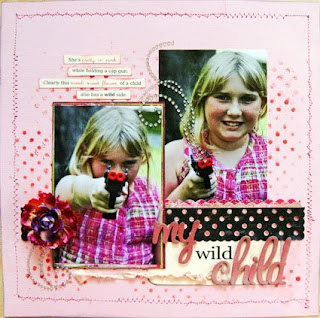 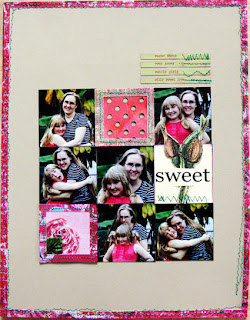 I also created this mini-album after our fearless leader Wendy challenged the DT to use the fabric in our kits in a funky way. The album's contents reveal some of my more freakish qualities, so read it with caution. Eyebrow raising is permitted. 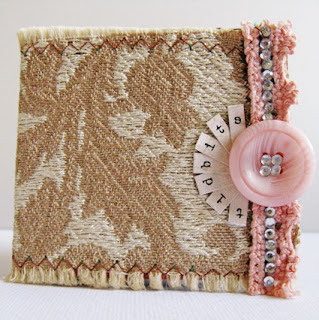 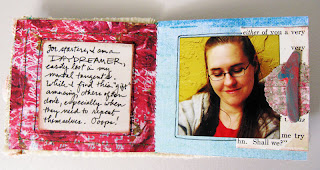 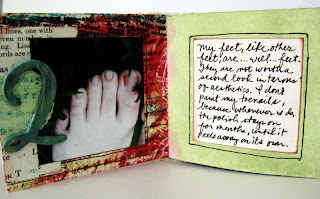 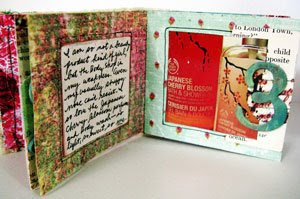 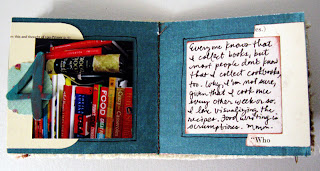 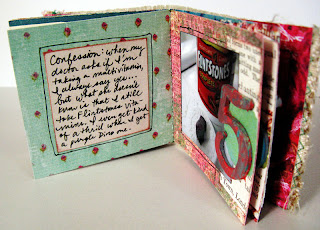 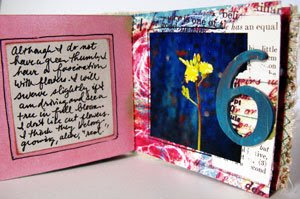 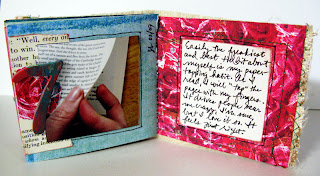 Didja? Didja? Check it out: the NEW Collage Press lines! 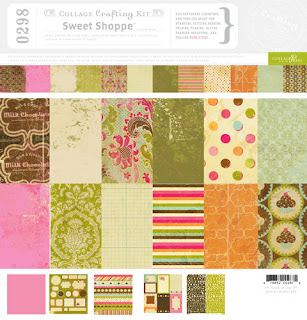 and Knave of Hearts. 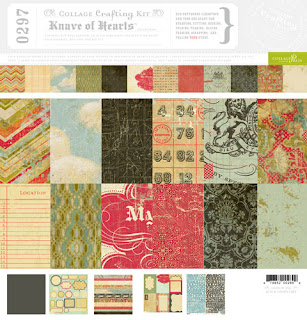 As the Collage Press DT eagerly awaits the arrival of these new goodies, we put our creative energies to work with CP's other wonderful lines. I used Citrus and Fresh: 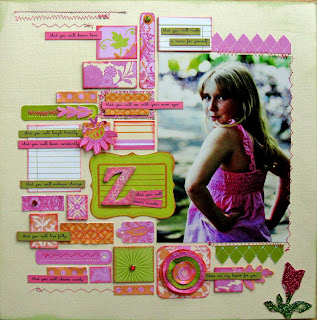 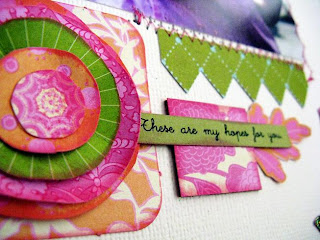 I so love the colors of these lines.

When I saw the DT's pages for this month, I had to laugh. Three out of the four layouts on today's blog posts featured variants on the paper flowers like the one above. What are the odds? I love the different approaches each of us took, though. You can see the rest of the layouts here.
Posted by Jill at 7:56 PM 1 much-appreciated comments

The March Bad Girls kit reveal is just a few days away, and you know what that means...it's time for some sneaky peeky goodness (or is that badness?)! 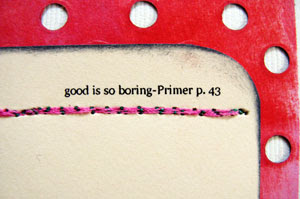 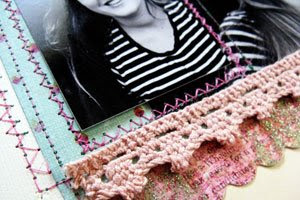 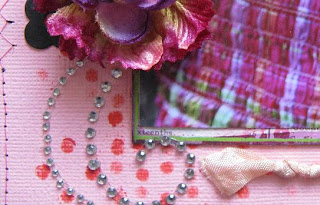 This month's kit is full of luscious and vibrant patterned papers, perfect for pulling you out of that winter funk. Oh, and don't even get me started about the other goodies in this kit. My DT layouts and project may be done, but I'm definitely just getting started with this gorgeous kit. Trust me on this -- it's something special!

Want to see more? Check out the VIP Forum on February 28th at 9 PST. Hope to see you there!

Rob: (telling me about his day at work) ...blah blah blah blah computer blah virus blah blah I saved the nation yet again from an imminent security threat blah blah blah...from one computer to the next, the virus would traverse --

Jill: Wait -- did you just use the word "traverse"?

No, really, I am!
Here's the proof.
Posted by Jill at 4:41 PM 4 much-appreciated comments

Confessions of a Reluctant Valentine 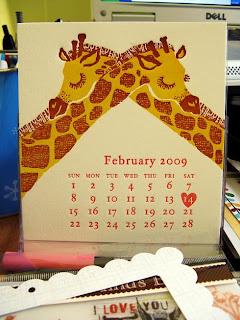 I've never been a huge fan of Valentine's Day.

In elementary school, there was the compulsory card exchange, when even the girl who hated my guts and bullied me regularly had to give me a card. I began to doubt the sincerity of the messages that could conveniently convert "Your butt is mine" to "Be mine" for a single day.

In the sixth grade, taken with the whole idea of secret admirers, I slipped a sweet little card and a box of chocolates into the desk of my longtime crush. By the end of the day, some other girl claimed that she had given him the gifts, and they started going steady.

In the tenth grade, while attempting to pay attention in history class and stop thinking about my recently broken heart, I looked out the window to see my ex-boyfriend and his friends unrolling a huge poster: "I love you --" and the name that followed was not mine, but the name of the girl who sat next to me in class.

Two years later, just in time for Valentine's Day, I published an article in the school newspaper entitled "Hearts and Cyanide," a diatribe against all things valentine, pink, red, lovey dovey, and the like. It was a huge hit with the broken-hearted contingent on campus...and not such a huge hit with the ex-boyfriend who inspired the piece.

Flash forward to the happily married me, who is still surprised when her husband gives her anything on Valentine's Day, since my expectations of this day have been traditionally low. Every year, though, he seems to know how to keep it real while still making my heart get all a-flutter. He knows me, and every one of his gifts proves it.

Today I awoke to a card and chocolates waiting for me on my desk (he knew that it would be the first place I'd head on a Saturday morning). We went out for lunch (trying to beat the dinner rush), and I even wore red -- me, the girl who used to call this day "V.D." To make the day even sweeter, my husband accompanied me to my LSS, where I picked up some new MME and BG goodies. 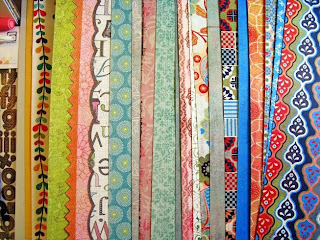 I'm still not a total V-Day convert -- just ask my seventh grade girls, whose eyes boggled when I announced yesterday, "Put those stuffed animals away in my class or expect to see a bonfire in the middle of the field outside."
Posted by Jill at 4:08 PM 2 much-appreciated comments

Application for Permission to Date My Daughter

My husband sent me this link today. I'm sure he sent it just to be funny, but I'm also pretty sure he'll be holding on to a copy of this to be used in a few years.
Posted by Jill at 9:27 PM 0 much-appreciated comments

I just checked my email after a LONG day and discovered something
totally
awesome.

I'm being PUBLISHED for the first time! Scrapbook Trends will be publishing one of my layouts in their July 2009 issue. Woo and hoo, I say!
Posted by Jill at 4:50 PM 2 much-appreciated comments

A Tornado in Hawaii?

So this was the buzz around here today. It's freaky to think that I was just a few miles away, completely oblivious. I've heard of twisters around here from time to time, but they never touch the ground...well, almost never.
Posted by Jill at 10:50 PM 0 much-appreciated comments 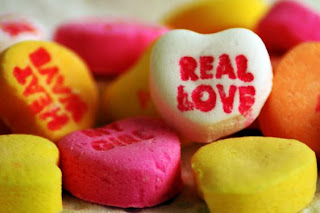 This week, I challenged my students to write a love poem without cliches. I decided to try my hand at it, too. 'Tis the season, after all.

in our near misses

in our spelling errors

when we hurl words

in finding the words

we can’t peel back

because they are only

yet in this cockeyed love

we see each other

and when we don’t,

we make it fit, seeking

Our story is not about

but the imperfect flesh

imprinted on the body

is the home of memory

is the site of healing,

Posted by Jill at 11:23 AM 0 much-appreciated comments