After a bit of a hiatus
from all that is glorious and scrappy,
I'm finally feeling better, more myself again.
Stress is a powerful thing, isn't it?
It seeps into the body and the mind over time,
and then THUNK,
it knocks you down.
Dizziness, nausea, headaches --
without meaning to, I was doing all of that to myself
by taking on too much,
trying to balance too many things,
and literally losing my own balance in the process.
Although there are still ELEVEN major items
on this weekend's "to do" list,
last night I decided that enough was enough.
Z was at a sleepover,
Rob was sleeping off an insane week of 20-hour workdays,
and the house was still and quiet.
I suppose I could have just plowed through that list,
but I just couldn't.
TOO MUCH.
I love my job, I love what I do,
but I do too much sometimes, in too short a period of time.
Lately it's been taking a toll on my mind and my body.
I need to recharge.
So, last night,
even thought it's Lent (and it was a Friday during Lent at that),
it was time for me to find my way out of the desert
and into a fresh and springy world. 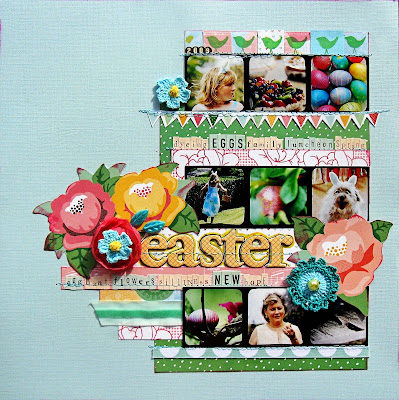 And can I just say,
it felt SO good to escape.
Ultimately, I need to really and truly embrace the fact
that in order to be my best self for others,
I need to step away sometimes.
I know this in theory, but in practice,
it doesn't always work out that way.
The ticking clock often has a stronger pull
than any desire I may have for self-preservation.
Time to hit snooze and wake up according to my own clock.
Posted by Jill at 9:09 AM 1 much-appreciated comments

It feels like it's been so long
since I last updated this blog.
I've been under the weather lately,
and dizziness doesn't really make
for great scrapping,
or typing, for that matter.
I'm feeling better, but I'm still not quite myself.
No diagnosis yet.
I guess there's no formal name for
occasional
motion sickness without actual motion,
or spinning without actual spinning.
I'm starting to realize why
one of the doctors' offices around here
calls itself the "Medical Arts Clinic"
as opposed to the "Medical Science Clinic."
Anyway,
once I kick this thing, I'll return to my paper stacks
and to my gluey fingers happily.
In the meantime, here's a quick share
of a layout that I did for the March BasicGrey newsletter
using the Nook and Pantry and Sugar Rush collections: 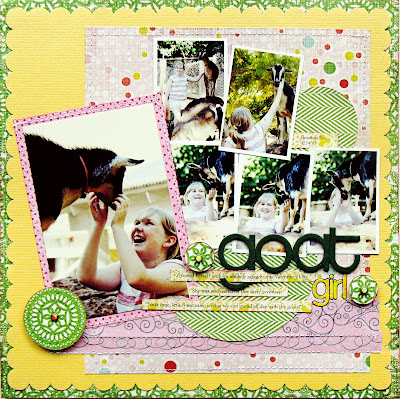 Have a great weekend!
Posted by Jill at 9:03 PM 6 much-appreciated comments

Coming Up For Air

Whoa.
Seriously
busy
week.
I just wanted to stop in
for a quick share
of a few layouts that I did
for Scrapping Bella,
using some of my Stamping Bella stamps. 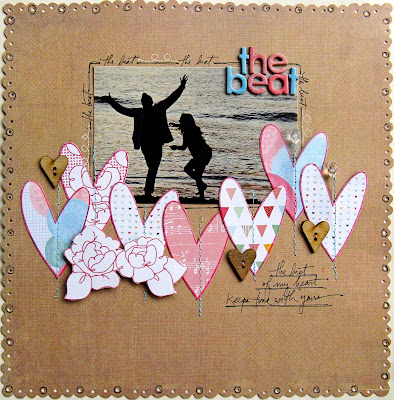 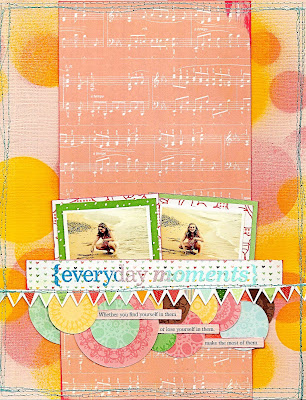 I am loving the new Dear Lizzy line,
BIG time.
It's back to work for me now,
but hopefully
(fingers crossed)
I'll be able to fall into a scrappy stupor
sometime soon.
Until then...
Posted by Jill at 9:46 PM 4 much-appreciated comments

Check it out!
Posted by Jill at 10:28 PM 1 much-appreciated comments

I'm not really a subscriber to rigid routines.
For some people, dinner is always at six.
Around here, dinner may be as early as 4:00
or as late as 9:30 (as it was for me this past week).
The alarm clock is NOT respected.
Respect is earned, after all.
TV shows are taped and watched whenever.
We can get through three days of American Idol
in under thirty minutes, fast forwarding through fluff.
Bedtimes exist, but aren't always followed.
Ice cream appears for breakfast periodically.
A routine is there, though,
a kind of daily sequence of events, a framework,
but it's loose, it's flexible, it's negotiable.
I didn't grow up this way.
Nope, I grew up with schedules,
with predictability, with certainty,
and with irritability, should the routine shift unexpectedly.
I learned that under the most rigid of routines
exist fault lines.
These days, I'm somewhere between
"do it if it must be done" and "go with the flow,"
and while I don't exactly crave routines,
when life gets stressful,
sometimes I wish I could just surrender to the certainty of
this-happens-now and then-this-occurs.
Everything in its place AND time.
When I'm not stressed though, the idea
of that kind of structure stifles me.
I like knowing and not knowing,
starting a day with only a hunch about where it will take me,
ending a day with a single truth:
tomorrow doesn't have to be the same.
We begin again,
but "again" doesn't have to mean we have to do everything the same way.
Within some routines,
there's still room to grow, to change, to renew oneself.
With the idea of fighting the good fight in mind,
and beginning again (and again),
I created this layout for Lily Bee: 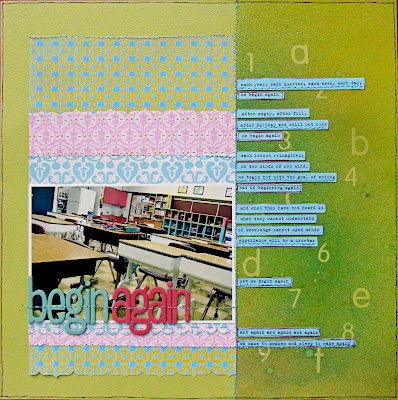 If you haven't stopped by the Lily Bee blog recently,
you really should check it out.
It's all about new beginnings this month:
a new design team,
a new Facebook page,
and, of course, the arrival of the new Lily Bee lines.
Time for dinner now -- 7:08 p.m.
Just as I didn't expect.
Posted by Jill at 6:43 PM 5 much-appreciated comments

The c-c-cold and windy weather
that I woke to this morning is definitely proof
that March comes in like a lion.
Let's hope that it goes out like a lamb,
just in time for Spring Break!
I also woke to find the Freehand Scraps March kit raring to go! 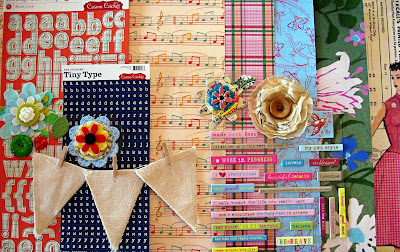 It's called "Clothespin", and it's chock full of charm and color,
two of my scrappy essentials.
How lucky was I to be a guest designer this month?
I could not get enough of this kit: 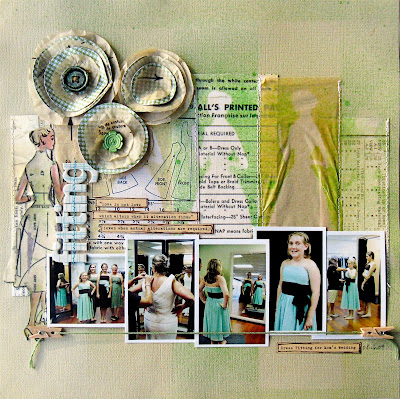 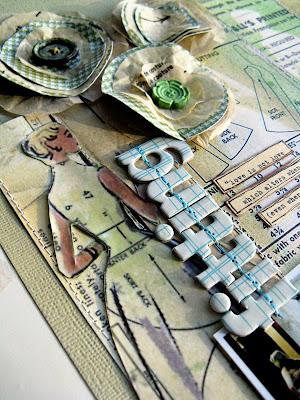 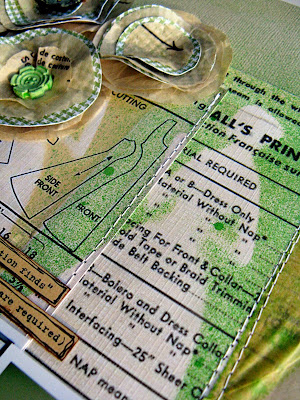 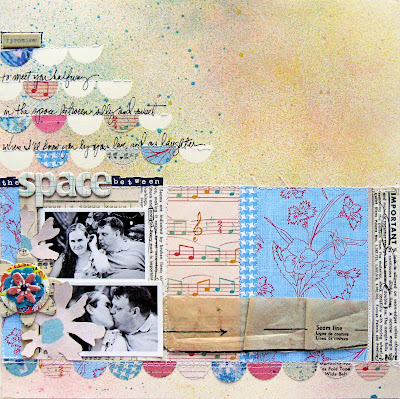 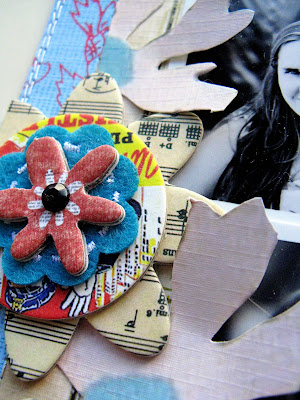 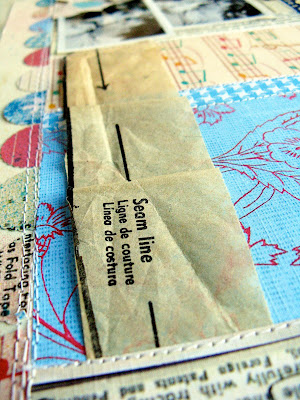 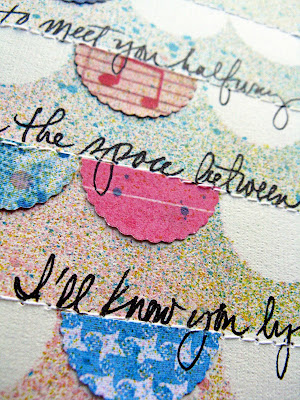 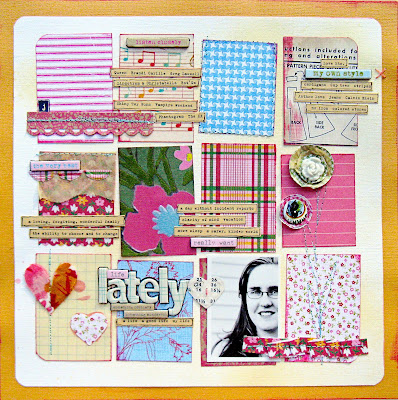 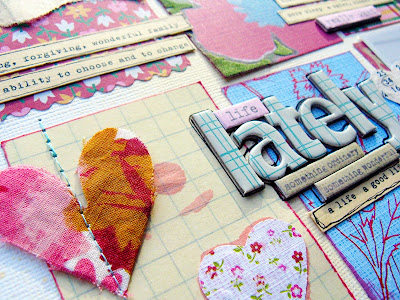 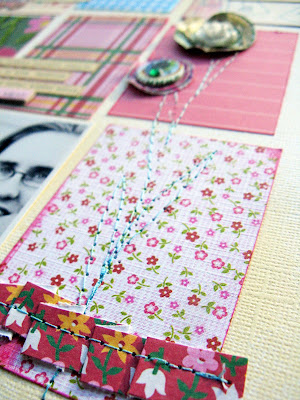 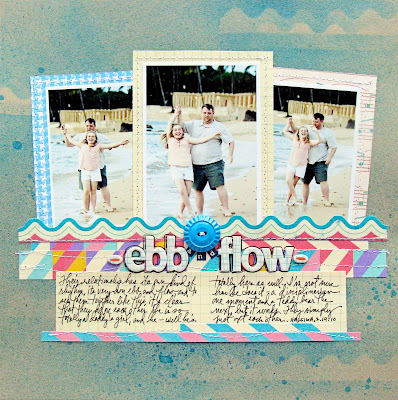 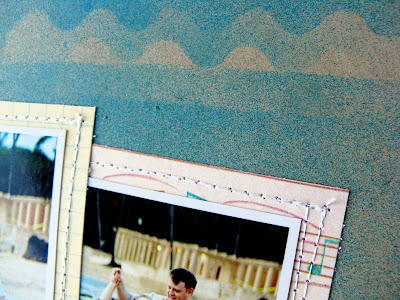 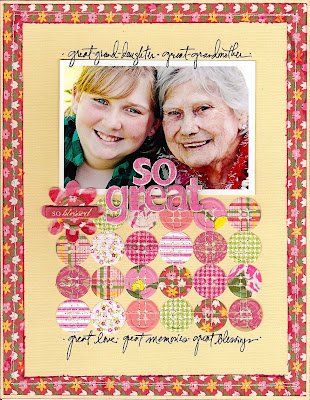 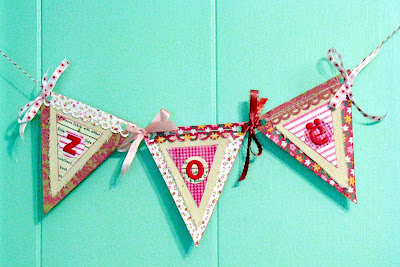 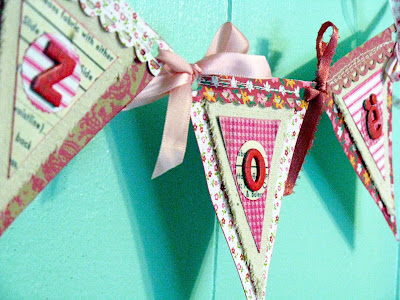 If you haven't already, you will definitely want to hop on over to the Freehand Scraps gallery to check out the amazing things that the design team has done with this lovely kit.
Posted by Jill at 9:16 AM 14 much-appreciated comments