Although I had hoped to complete a holiday album this year, it is now December 23, and I have yet to begin.  I know, I know -- shame, shame.

This month is insane, especially for teachers who are trying to finish a semester and grade stacks of essay exams, who put off appointments until breaks, who really just want to sit on their butts and watch their annual LOTR marathon without needing to worry about getting ANYTHING done -- especially a holiday album.

Scrappy me tried to put up a fight: "You always make an album, Jill. It's tradition! What kind of December would it be if it went undocumented?"

A pretty restful one, it turns out.

The holiday album is a tradition, and though I am dealing with some guilt because I'm departing from that, the whole process was starting to feel redundant. The line between documenting Christmas and staging Christmas was becoming too blurry.

Yesterday, in the midst of watching The Two Towers (priorities!), I officially decided to forgo the holiday album and to devote my creative energies toward finishing a project that I've been trying to stick to all year: my month-in review layouts. 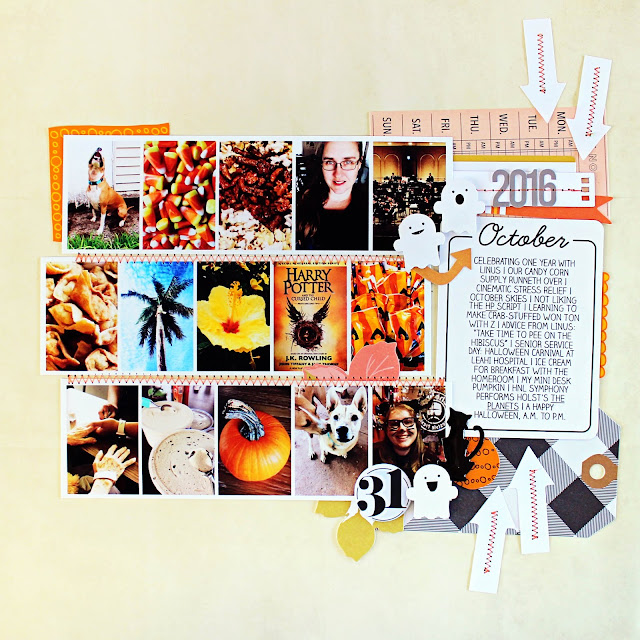 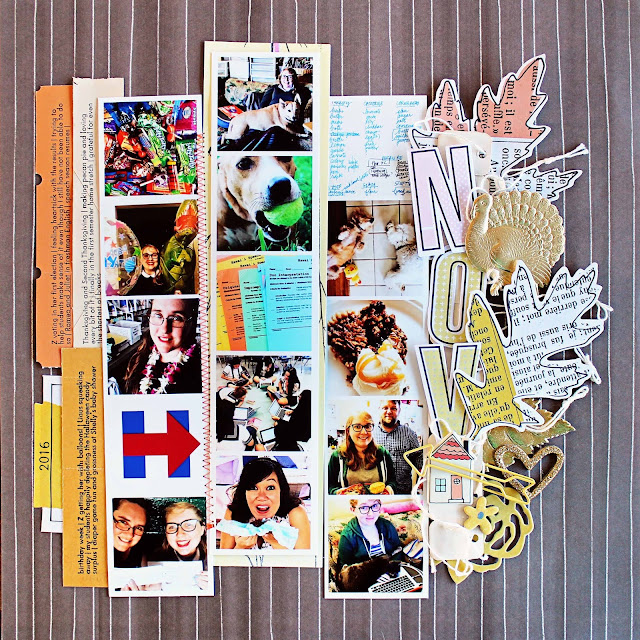 It felt amazing to just do my own thing.

December will be documented -- just in a different way.
Posted by Jill at 10:24 AM 2 much-appreciated comments

It's December 10: time for the monthly kit reveal and launch of new products at Elle's Studio! Highlights include the Malia lower-case stamp set (oh, how I love that font!) and the Dated stamp set. 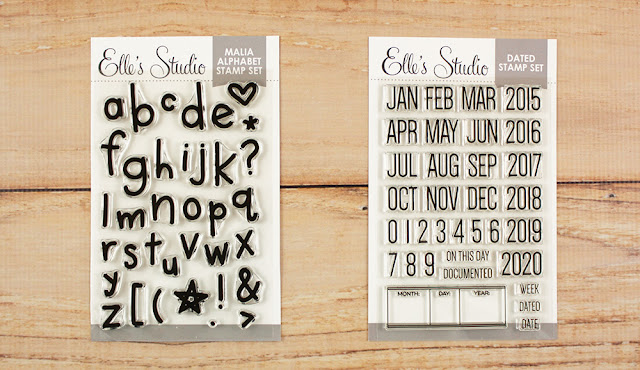 The December kit includes lots of merry tidbits, just in time for the holidays. 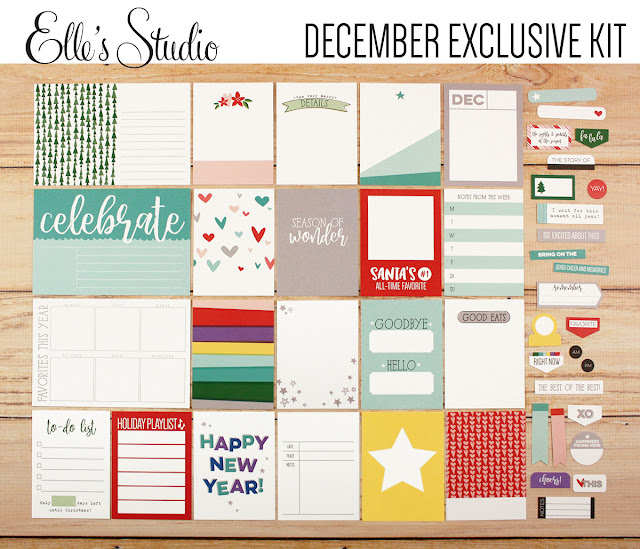 The "holidays" don't just have to refer to Christmas and New Year's, by the way. I used pieces of the kit along with some other Elle's Studio goodies on a Thanksgiving layout. 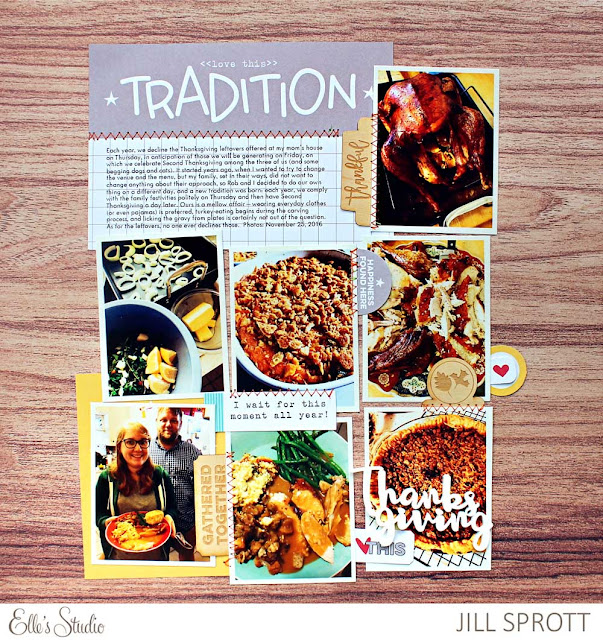 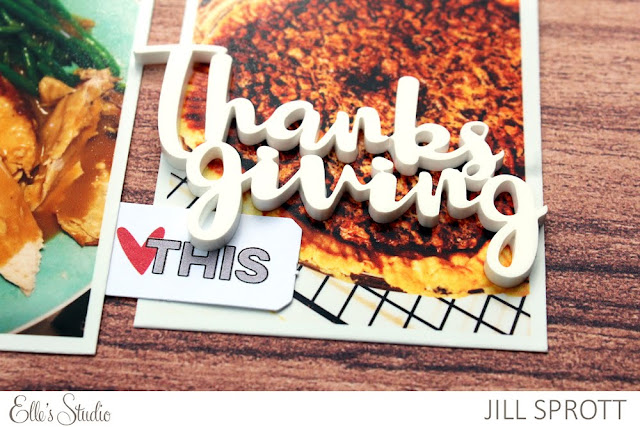 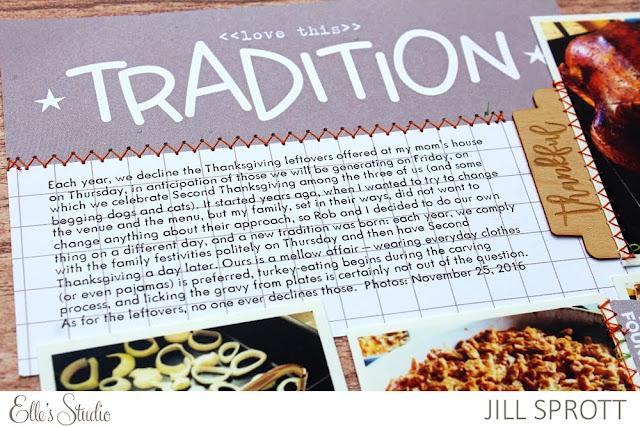 This month, Elle's Studio is also having a special "Celebrate the Season" sale with 25 items for $2 or less.  Sweet deal!
SaveSave
Posted by Jill at 6:00 AM 2 much-appreciated comments

...watching Gilmore Girls (for the first time).  I just started season four. I don't know how I could possibly watch ads for the show for years on end without actually ever watching the show. It's addictive. I see my daughter and myself so clearly in the characters of Lorelai and Rory. I've been trying so hard to avoid spoilers from the recent Netflix four-episode "season," but I've read a few (namely those about Rory being a disappointment). Still, I've decided to withhold judgment until I watch the entire show.

...rereading (for at least the tenth time) The Joy Luck Club with the students in my "Women and Literature" course.  Apparently I have mothers and daughters on the brain lately.  Each time I read the book I connect even more deeply with it. I never tire of returning to it -- I always discover something that I overlooked during previous readings or come to embrace a new way of thinking as my students share their interpretations and perspectives.


...reading (just for me) Erika Johansen's The Fate of the Tearling. I really enjoyed the previous two books, and I'm curious to see where this volume takes the story. 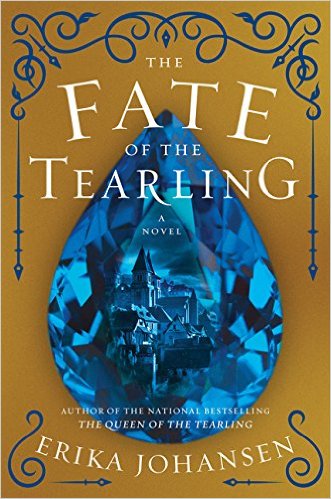 ...putting off my holiday album preparations. I was determined to create a December sort-of-daily album, and have been compiling supplies and photos here and there. If the album ever comes into existence, it'll be housed in this mint Instax album that I got from Studio Calico: 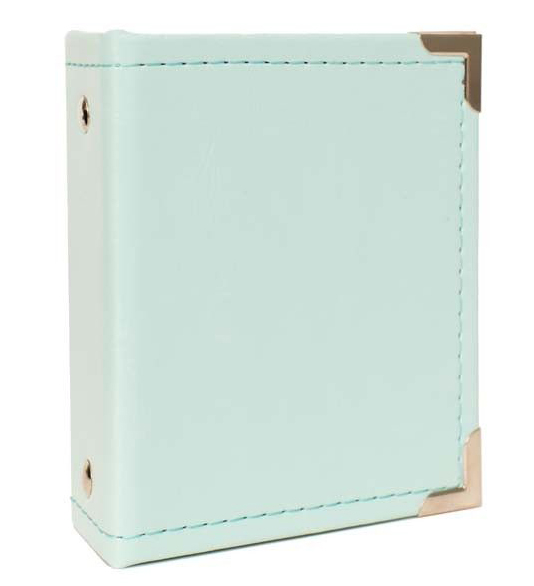 It's now December 9th, and I have nothing to show for it yet.  I'm a sad case. The first weeks of December are anything but magical and inspiring for teachers who are focused on trying to maintains a semblance of sanity at the end of the semester.  Hopefully I can put something together during the upcoming holiday break.

...enjoying the rainy season. It's as close as we'll get to snow around these parts, so I'll take it.

...learning to make pie. I made my first-ever pecan pie for Thanksgiving and had leftovers with ice cream for breakfast (and lunch and second lunch) for two days afterward. It was ahhh-mazing. I used Ree Drummond/the Pioneer Woman's version (from her cookbook -- though I used one and a half cups of chopped pecans instead of one cup). My daughter turned her nose up at the nuts and wouldn't even try a slice, but I didn't bother giving the usual parental lecture about trying new things, because of one important reason: more pie for ME!
SaveSaveSaveSave
Posted by Jill at 9:09 PM 0 much-appreciated comments