My daughter leaves tomorrow to study abroad in Europe for a semester. She's a brave one. 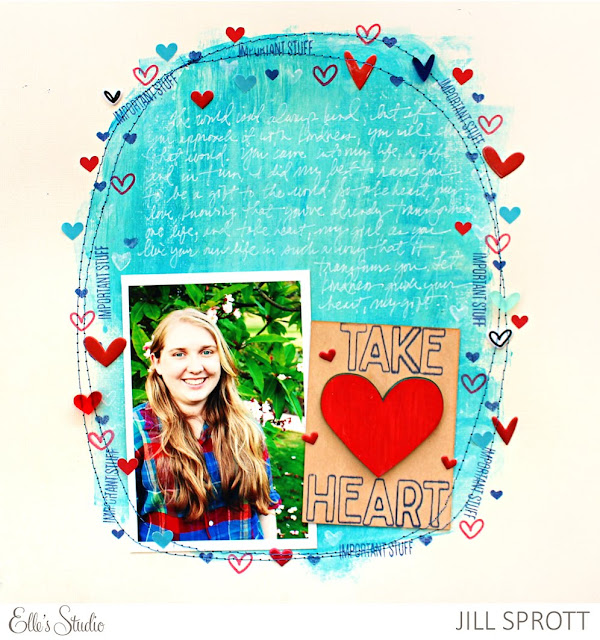 In layouts (like the one above), I've often reflected on how awed I am by her, and how, despite how scary letting go can be, I know that she needs to be out in the world, because the world needs people like her. 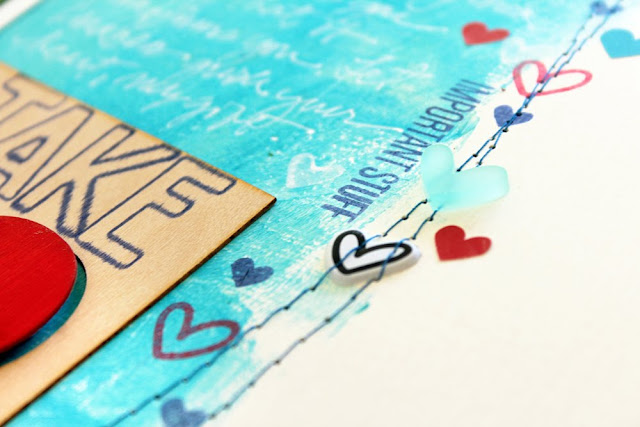 "The world isn't always kind, but if you approach it with kindness, you will change that world. You came into my life, a gift, and in turn, I did my best to raise you to be a gift to the world. 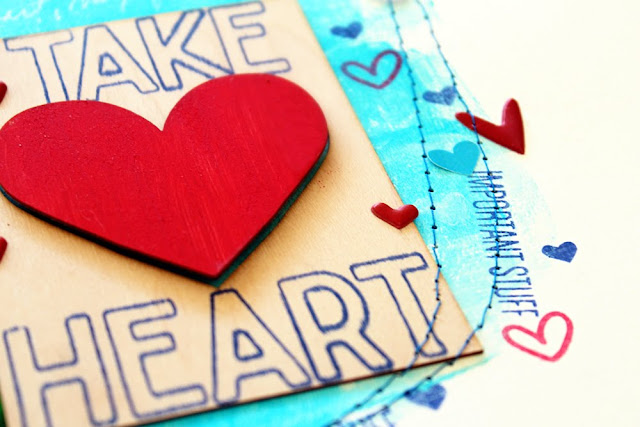 So take heart, my love, knowing that you've already transformed one life. 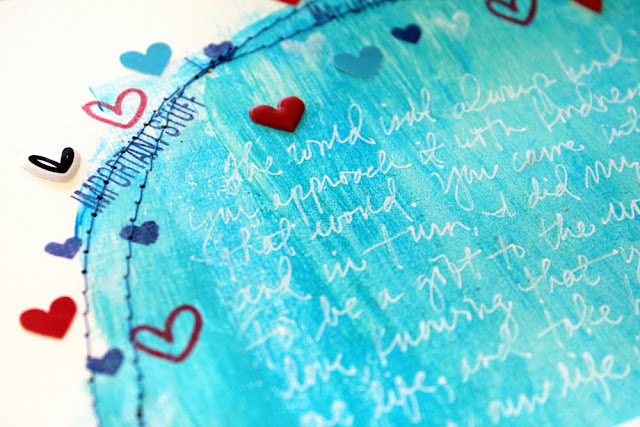 And take heart, my girl, as you live your own life in such a way that it transforms you..."
Posted by Jill at 10:44 PM 4 much-appreciated comments

After surviving the first week back to school -- which turned out to be a pretty fantastic week, albeit an exhausting one that left me nursing a cold this weekend -- I treated myself to a scrappy Sunday. I'm pleased to report that I finished my second and third projects for the Stash-Busting Challenge, and that I enjoyed every minute of the process.

Here's layout #2, a page idea that I've been thinking about since April, when my daughter and I visited the Bishop Museum and her prehistoric fangirl instincts emerged. The girl loves her dinosaurs. 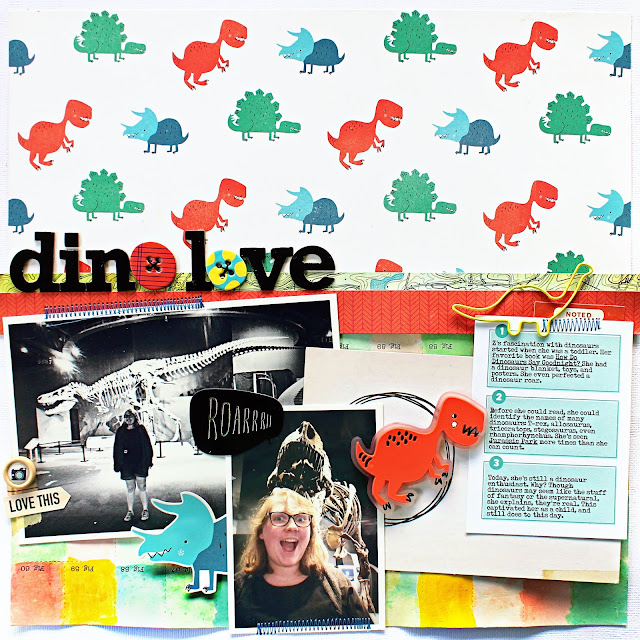 I purchased the Crate Paper rubber accents with a dinosaur layout in mind, and I finally got around to using the dinosaur accent here, along with a triceratops sticker that I likely would never have used had it not been for this layout. I worked in one item that wasn't in the original kit -- the dinosaur clip, which came in a set my daughter discovered last weekend when we were wandering through stores in Kaka'ako. She relinquished it for use on this page since, as she often reminds me, "The brontosaurus never actually existed."

Layout #3 documents a trip my daughter took earlier this summer (while I was recovering from my oh-so-fun sinus surgery and living vicariously through her photos from the living room couch). 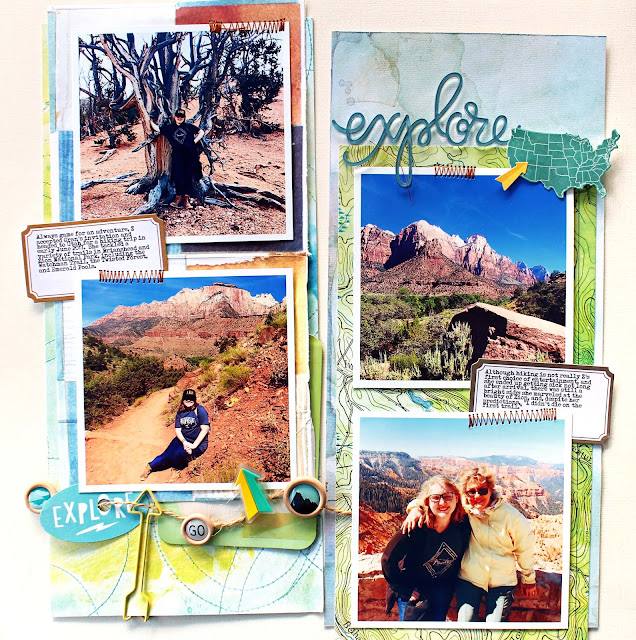 The page forced me to scour the kit for travel-themed items. Initially, I'd overlooked some of the stickers on the sticker set I'd chosen, like the a U.S. map and "Explore" stickers used here.  One of the benefits of working with limited items in a kit is the way that it forces you to really pay attention to what is before you.

When I printed the pictures, I was set on a grid layout with four quadrants, but when I started working on the page, I ended up liking the design more after I pulled the two columns of the grid in different directions, one higher on the page, and one lower. It opened up room for the title block and garland.

At this point, I still have more left in my kit, so it's likely that I'll revisit it again. In pulling together items that I love and bringing together old and new, I found that the process of creating the pages was always a creative thrill for me.  If you're playing along with the challenge, I hope your experience is the same!

For some of you, summer is in full swing, while for others, like me, summer was done the moment August 1 arrived.  My year turns a corner between July 31, the last day of my teacher-year, and August 1, when my new teacher-year begins. December 31 and January 1 are just days in the middle of that year.

Thankfully, with its cheery brights, the August kit and extras (available today!) from Elle's Studio is kind of a crossover kit, perfect for those who want to scrapbook an endless summer and for those who are ready to focus on school once again. 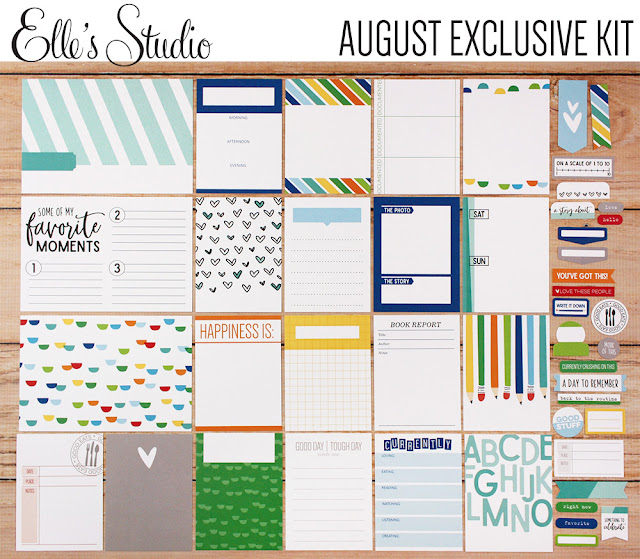 A few of these items found their way onto a layout that combines beginnings and endings. 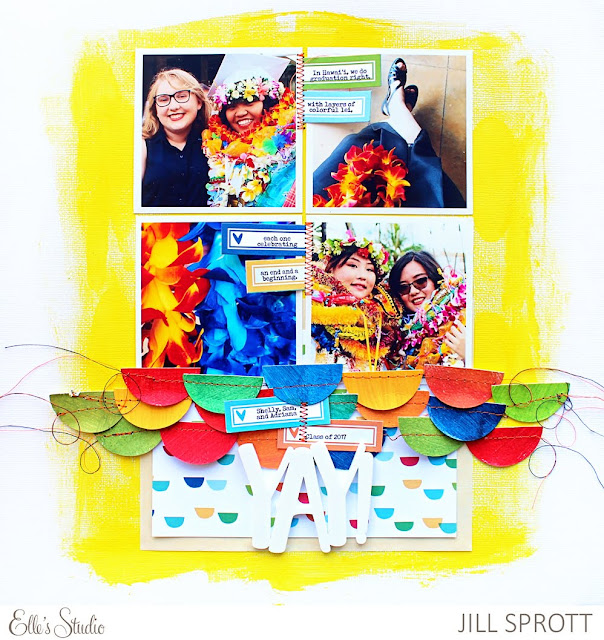 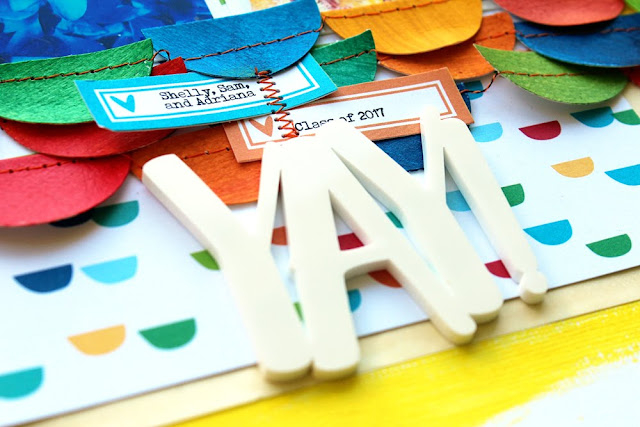 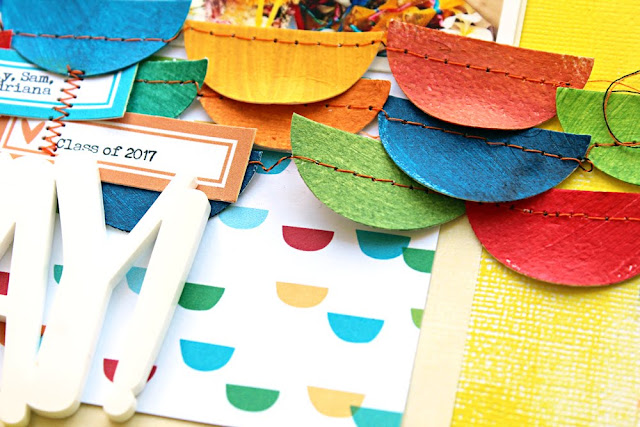 Happy New Year?!
Posted by Jill at 6:00 AM 0 much-appreciated comments