Being the December guest designer at Hip Kit Club has meant embracing a very merry/Santa's workshop kind of vibe.  Every project from the HKC team has been holiday-themed, and in between bouts of oohing and aahing at what is being shared on HKC's social media accounts, I've been creating my fair share of holiday projects as well.

Since contributing a few pages of my holiday album to the Hip Kit Club blog hop, I've created three more layouts.  The first features a photo that recently came into my possession, thanks to the kindness of my paternal aunt. It brought back some amusing memories of my grandmother and her approach to the holidays. 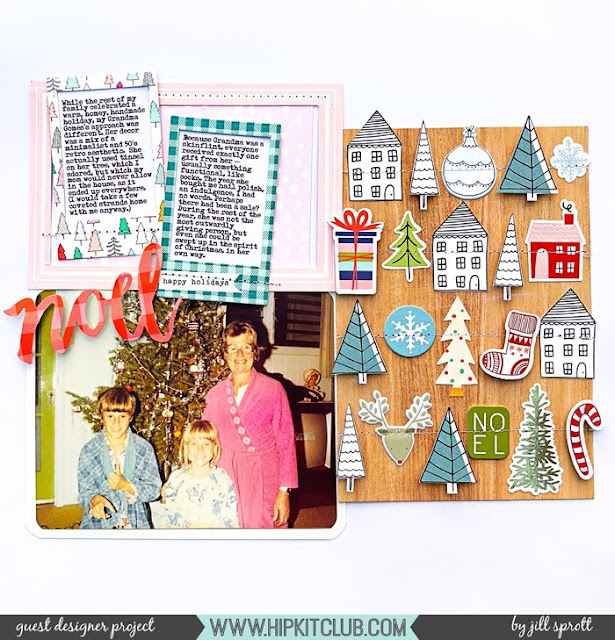 The second of my layouts is also a holiday page of sorts. My daughter has always wanted to visit Disneyland during a holiday season, and while in Europe, she finally made that dream a reality when she spent a few days with a friend at Disneyland Paris, where Christmas came a few weeks early for her. 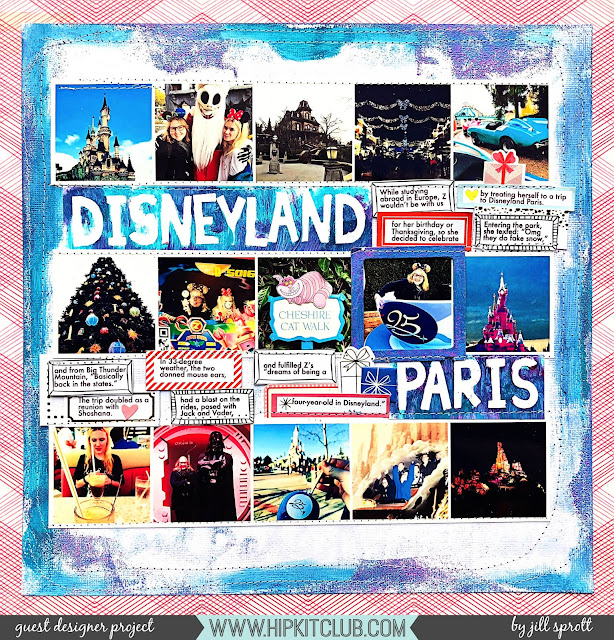 I will admit to slightly seething with jealousy while creating this layout, but it was the next one -- featuring a series of photos taken in Florence, Italy a few weeks ago -- that really sent me over the edge. 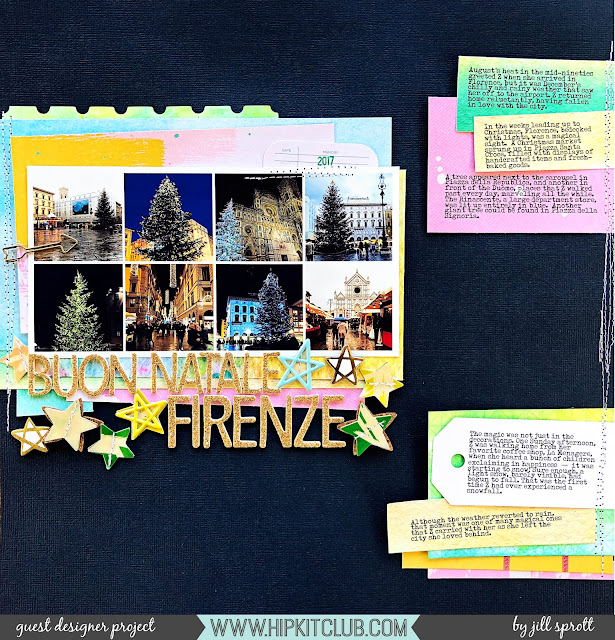 At least I can share in my daughter's adventures indirectly, as I scrapbook her photos and stories.

I have yet another layout in progress (using the beautiful December kits from HKC), so I'll have more to share soon.

Thanks for visiting!
Posted by Jill at 8:01 PM