,,,adjusting to being back at school again. The easy part is working with students, who keep me motivated and hopeful. The hard part is getting much less sleep than I did over the summer. The traffic that I encounter to and from school is also irritating, but at least that gives me some thinking time, or, as other drivers have witnessed, some time to unreservedly belt out Van Morrison's "Into the Mystic."

...working with the August kits from Hip Kit Club. 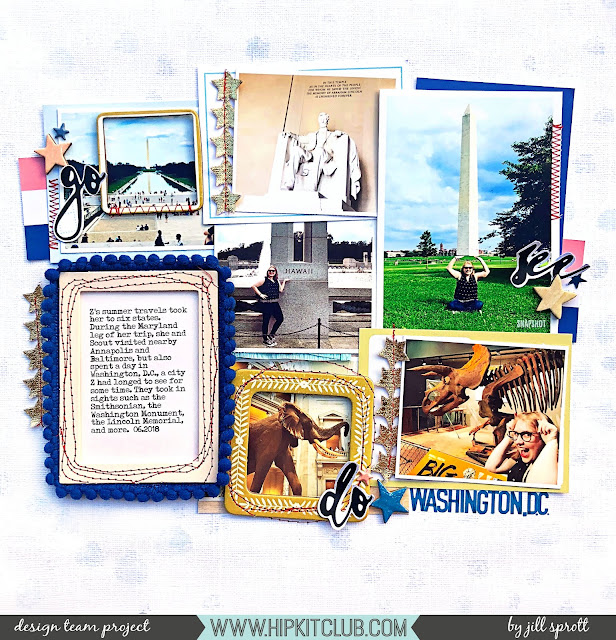 (More details may be found on the Hip Kit Club blog, where I share the process behind the page.)

...looking forward to another term with Hip Kit Club! 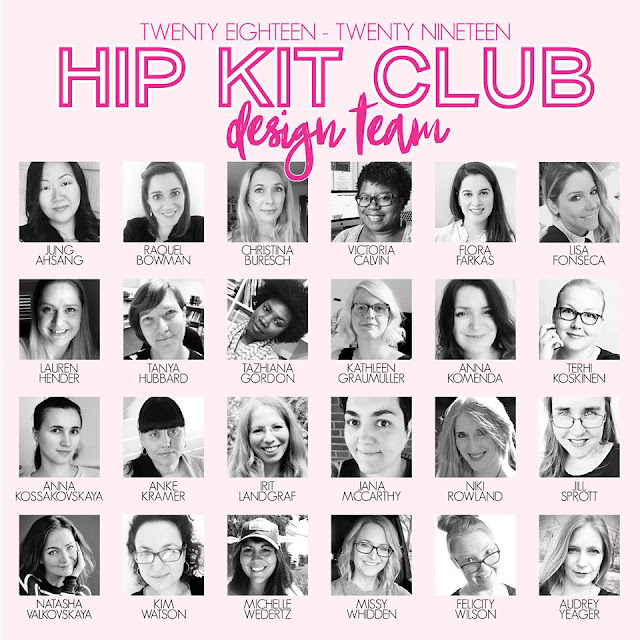 ...feeling grateful that Hurricane Lane did not do more damage. The Big Island of Hawai'i and parts of Maui experienced severe flooding and landslides, and will have a long recovery period ahead, but I recall the devastation from Hurricane Iniki in 1992, and shudder to think what would have happened if Lane had passed directly over the islands. 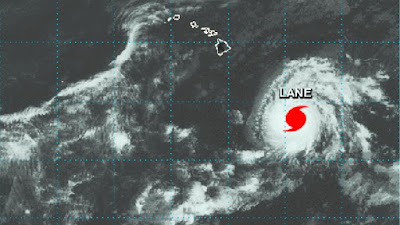 Thanks to wind shear, by the time Lane passed us by offshore, it was a tropical storm. There were still some landslides on the eastern side of the island, causing highway closures, but now, a week later, there's little indication that a violent storm recently made its way nearby.

...reading a book that my daughter and one of my students recommended to me, Rainbow Rowell's Carry On. 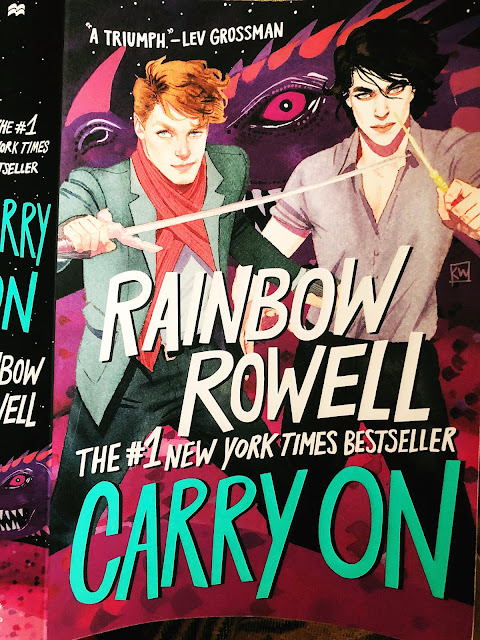 Though I haven't read Fangirl, from which the idea for this book derived, Carry On functions well as a stand-alone narrative. It reads like a satire of "chosen one" narratives and the Harry Potter series, as well as a comment on the HP fandom; fans who ship Harry and Draco will be thrilled by the developments in this novel.

Carry On is witty and fresh, and it moves forward engagingly. A sign that I really liked it is that even as I tore through it, I tried to "ration" my reading, allowing myself only so many chapters a night so that I could make the experience last longer. The ending left me feeling a little lukewarm, but apparently there is a sequel coming, so I'll hold out hope that ending wasn't really The End.

...watching season two of Trial and Error.  The first season was bizarre and silly in the best of ways, and the second season offers up just as much delightful inanity.

...developing a new obsession: dim sum.  I'm lucky that I work through the hours during which dim sum is typically served, because I'd be snarfing down scallop and shrimp dumplings and shrimp spring roll look fun on the daily.

Posted by Jill at 9:40 AM 2 much-appreciated comments