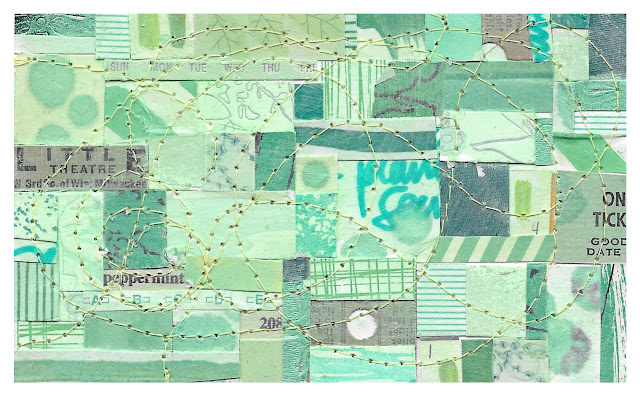 The day 2 prompt, "Peppermint," had me indulging in some good, old-fashioned cut-and-paste, assembling tiny pieces from my scrap bin (that is, the overflowing realm of chaos that is my desk) and covering them in a few layers of minty fresh paint. Though it was a bit on-the-nose, I included the word "peppermint," cut from a page torn out of a bartender's recipe book (it was for a drink called the "Girl Scout," using peppermint schnapps). 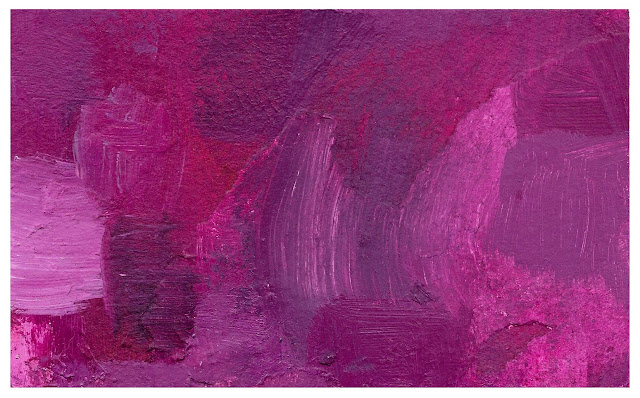 This card pays tribute to the giant magenta-colored bruise on my arm that I received as a result of a failed attempt to insert an IV.  The prompt, "Magenta," was probably not intended to be prophetic, though it turned out to be just that. 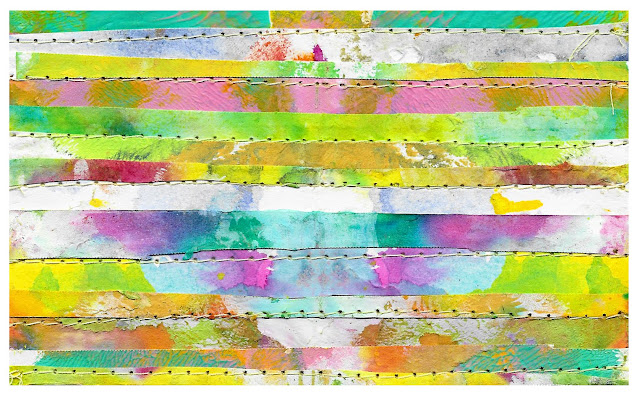 The "Reflection" prompt found me creating painted "reflections." I added paint and ink to one side of an index card and then folded and pressed the card, opening it to reveal a symmetrical image. I repeated that about five times with new cards, and then trimmed the strips and layered them here.

For the list of daily prompts and more info about ICAD, check out Daisy Yellow Art.
Posted by Jill at 8:40 AM